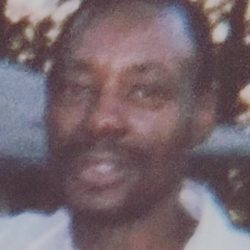 Anthony Ray Morris, age 66 years, passed away peacefully on November 5th, 2021.  Ray was born July 18th, 1955 in the town of Kings Mountain, North Carolina to Margaret Stowe Morris and the late Willie Morris.  He was one of four siblings.

Mr. Morris relocated with his family North to New Haven, Connecticut when he was a toddler.   He then attended the New Haven public school system, attending Troup Middle School as well as Hill House High School.  While in Middle School he began to show some musical talent.   He played the base guitar as well as the drums.  He eventually was a part of a band that emulated James Brown calling themselves “JB and the Soul Brother’s”.  The line-up included, as their base player, Ray Morris, along with Johnnie Ray (lead guitarist), Johncey (drummer), and Ricky (keyboard player).  His little sister Tonia remembers while living on Henry Street she could hear the band rehearsing.  While living in Trade Union after one particular show, Tonia recalls Ray coming home happy and excited. Ray shared, they were a hit because the girls were screaming and trying to get at him.  The band stayed together for some time until disbanding.

After High School Mr. Morris had a number of jobs in the maintenance field.  He was a jack of all trades, he painted, fixed, cleaned things and had a side hustle washing and detailing cars.

Although the last few years were trying health wise for Ray, he loved his family; being around his children, grandchildren, as well as nieces and nephews.   He was a prankster with most but especially when it came to his great niece Devyn and great great niece Yami’yah.  He was the ultimate Granddad to Kool-Aid who would call him (RAY).

Though Ray is gone from our presence, he will truly be missed by those who remain. His mother Margaret Stowe Morris. Sisters Gail E. Morris, and Tonia Y. Hinton (Eric Hinton).  Mr. Morris was predeceased in death by his brother Joseph Steven Bryant.

Visitation will be held on Sunday Evening, November 14, 2021 at Colonial Funerals, 86 Circular Avenue, Hamden, from 5-6pm. A Celebration of Ray’s life will be held on Tuesday November 16, 2021 at 11am. at Colonial. Interment will follow at Evergreen Cemetery. Condolences may be expressed at www.colonialfunerals.com