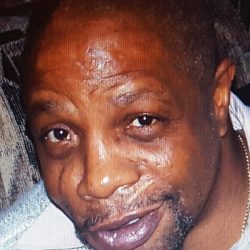 Christopher Harris, age 60, of New Haven, entered into eternal life on Thursday August 1, 2019.  Born on December 25, 1958 in Washington D.C., he was the cherished son of the late Caroline Harris and Leroy Hansberry.

Christopher made a life for himself in New Haven, CT after relocating as a child. He was a graduate of James Hillhouse High School and worked many years at the New Haven Country Club in Hamden, CT.  He was a loving grandfather. He was always present for their milestones and enjoyed spending time with them playing cards, and checkers.

A memorial service will be held on Wednesday August 7, 2019 in Casa Familia LLP, Lower Level, 130 Sylvan Avenue, New Haven, from 1-4pm. Condolences may be expressed at colonialfunerals.com