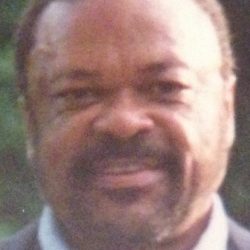 David Roe, age 79, longtime former resident of Wilton, passed away on Thursday January 25, 2018 at YNHH. David received full academic scholarship to University of Pennsylvania Wharton School of Business and earned his degree in Economics 1961. He received his Law Degree from New York University Law School 1964. David was a member of the New York Bar and a Certified Public Accountant. He started his career at Xerox Corporation in 1971 and retired from Xerox in 1994. David was an Avid reader, history buff, and loved his New York Mets and Jets. He was advocate for the importance of education; especially, college. He is survived by his mother 100 years old – Long Island New York, an aunt and uncle Paterson, NJ and his 3 children. His wife Dorothy J. Roe passed away two days after his death on Saturday, January 27, 2018.

All funeral service have been complete and Entrusted to Colonial of Hamden. In lieu of flowers, please make a donation to the University of Pennsylvania Wharton School of Business Scholarship Fund: www.giving.upenn.edu/  Please Select the: Seth & Linda Plattus Endowed Undergraduate Scholarship at the Wharton School. Condolences may be expressed at colonialfunerals.com