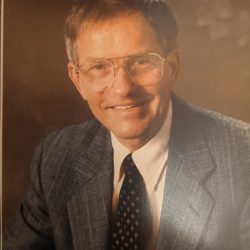 Funeral Services are private and are entrusted to Colonial of Hamden. Condolences may be expressed at Colonialfunerals.com.

Frank Richard “Skippy” Grigas, died peacefully on June 7, 2021 at YNHH. Frank was born on November 9, 1933 in Quincy, Massachusetts and graduated from Boston College. Beloved Father of Michelle, Paul, and Rick. Cherished grandfather of Zach, Paul, and Jon, also survived by one sister Mary Ann Bettilyon of NH. He is predeceased by his wife Marcia (Perry) Grigas and sister Virginia. He served as a lieutenant in the US navy from 1956-1959 and he later retired from being a financial director for the judicial system of King County, Washington State. After retirement, Frank volunteered with many organizations which include the American Red Cross as a  disaster relief worker and acted as guardian ad litem to children in Washington State, and served as a volunteer Executive at the International Executive Service Corps. Frank enjoyed family time, traveling, and playing cribbage with his sister Jinny. Our family would like to thank Smilow hospital for their wonderful care and support.

Funeral Services are private and are entrusted to Colonial of Hamden. In lieu of flowers, consider contributions to the Leukemia & Lymphoma Society. Condolences may be expressed at Colonialfunerals.com.