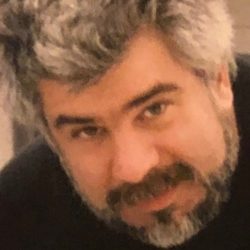 Due to Covid quarantine and safety, a memorial, mass, and burial are postponed until springtime, TBA.

George W. Savage, 58, passed away unexpectedly in his home in Hamden, CT. He was born in NY, spent time as a child in California, but lived most of his life in Danbury, CT. He graduated from Immaculate HS and attended the Technical Careers Institute. George was truly a jack of all trades with his primary expertise in mechanics. He was genuinely gifted and always willing to lend his skills to anyone in need.

Due to Covid quarantine and safety, a memorial, mass, and burial are postponed until springtime, TBA. Condolences may be expressed at colonialfunerals.com