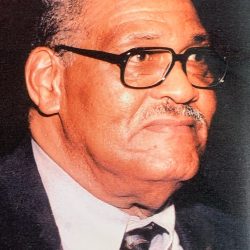 Campbell, Henry Jr., 83 of West Haven died peacefully with his daughters at his side. Hank was predeceased by both parents, Henry and Gertrude, (spouses) Beverly, Gail, and Barbara. He leaves to celebrate his life, two daughters Shiela (Larry) of NY, Kaia of Florida, 3 grandchildren, Shane, Rashan, Shikaia and 1 great-grandchild My’kaylah. Henry will be missed dearly by his life partner, Margaret, and special friends, Elzy, Berkie, and Jasper. Hank was a man of faith who believed in the power of prayer. He was a member of Varick A.M.E. Zion church. Henry was born in Red Springs, NC, but he experienced life in New Haven. He loved his city. He knew everyone and everyone knew him. He had a passion for people. He believed in the power of community. He believed in the power of organizations especially the two which he was attached, The United States Marines, and The Masonic Order (32nd deg.). Hank believed that he had an obligation to place himself in a position that would best serve the community. Hank was able to live his vision of a strong and solid community through intentionally building relationships with persons from varied places and spaces. He believed in a diverse and inclusive community. He believed that spirituality, education, self-discipline, manners, study and action comprised the formula for success. Hank believed in civic duty and was convinced that speaking truth to power must be continuous and transferred through the generations. He was honored to have the opportunity to mentor many of New Haven’s youth. He was inspired by the Black Lives Matter mantra and believed that its chant hosted the zeitgeist of change. He was encouraged by the passion of the youth but he cautioned the youth to leave room for the possibility of the exchange of ideas, information, and entrepreneurship. He believed that the elders were responsible for ensuring that the younger generation have a seat and voice at the table. His final words to the youth of New Haven…Work hard! Communicate effectively! Wear a belt! Shine your shoes!