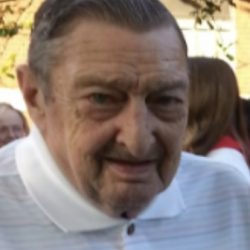 A private memorial will be planned.

James Joseph O’Toole passed away peacefully on May 10, 2022. He was born the son of the late Peter and Mary (O’Malley) O’Toole on February 3,1941. He was born and raised in West Roxbury MA. He moved to Connecticut with his wife and children in 1966 to work as a buyer in domestics for The Edward Malley CO. and did this for many years. He changed direction in his career to work for Yale and retired from Yale University, a proud Union member of Local 35. He was known by most as Jim. He loved to travel to the Caribbean with his family and friends. He was a lifelong fan of the Boston Red Sox and New England Patriots. He loved going fishing in Branford and on Fridays to have a few brews with his friend of 49 years Jim Liberty.

He is survived by his wife Mary Ellen, daughter Sheila Ann O’Toole, son Joseph Peter O’Toole, five grandchildren:Katherine, Christopher, Jada, Joseph Jr and Matthew. As well as a host of nieces and nephews. Most notably, he is survived by his older sister Marie (O’Toole) Bovaird.

He was predeceased by brothers Paul O’Toole of Peabody MA. and Edward O’Toole of West Roxbury, MA.

A private memorial will be planned.