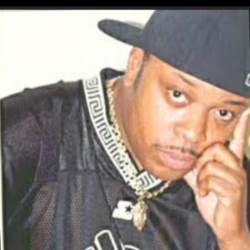 Funeral services will be held on Monday September 26th, 2022, between the hours of 10am -1pm at Trinity Temple Church of God in Christ located on 285 Dixwell Ave, New Haven, CT 06511. Burial will follow at Beaverdale Memorial Park.

On God’s Beautiful Sunday Morning of September 18th, 2022, the gates of heaven opened, and Joseph M. Ford II was called forward to heaven while surrounded by his loving family.

Joseph was born in Somers Point, NJ on July 4th, 1962. Son of the late Joseph M. Ford Sr. and the late Kathryn L. Ford. Josephwas very well known as a family Man, an Excellent pool Playerand his love for music. He brought happiness and light into every room he entered. He was Loyal, Loving, Caring, thoughtful, Compassionate, giving and so much more. He was a devoted son, brother, husband, father, grandfather, nephew, cousin, uncle, godfather, and friend. He grew up in New York City and relocated to New Haven. He graduated from Richard C. Lee High School and attended Yale University. His love for music began back in 1978 and led him into becoming one of the Hottest and Best DJ’s in New Haven and New York City Known As “CUT MASTER DJ JOEY DEE” which became known in the early 80’s. He also, worked at Yale New Haven Hospital for over 34yrs in multiple departments. To know him was to love him and he was the type of man who was there for everyone no matter the circumstances.

Joseph will be truly and dearly missed by those who were blessed to have known him.

Funeral services will be held on Monday September 26th, 2022,between the hours of 10am -1pm at Trinity Temple Church of God in Christ located on 285 Dixwell Ave, New Haven, CT06511. Condolences may be expressed to Colonialfunerals.com.