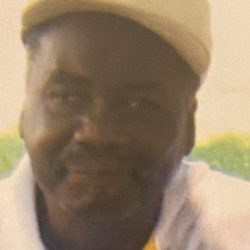 Suddenly on March 31, 2020 Mr. Paul Lester McRae departed from his earthly home and transitioned to his heavenly home. He was born a twin on April 26, 1951 in Troy, North Carolina to the ate James McRea and Pauline McCormick McRea. Paul was the husband of the late Troy Dean Washington McRea. During his lifespan he worked at Winchester Repeating Arms Company in New Haven and Kentucky Fried Chicken where he enjoyed cooking. Lester, as he was known by many, loved to play poker everywhere, house games, clubs and especially the casino. That was his hobby. He was also a fanatic for sweets, especially for his mother-in-law’s sweet potato pies.

He leaves to cherish his precious memories one daughter Karen (Bernard Luna) Smith; one son Paul Edwards; two grandchildren – Lil Paul, whom he was so pleased that his dad would name him Paul as well; and Troynasja Shaw; one aunt, Dorothy McRae Cuthrell of Troy, N.C.; one uncle, Robert McCrae of Gary, Indiana; a mother-in-law, Mae Washington; and three sister-in-laws, Diane Fields, Donna Washington, and Lillie Washington.

He was predeceased by his son, Troy Washington; his daughter Lakita Williams; a sister, Geraldine McCormick; three brothers, Harold McCrae, who was his twin; and Wilbert and Willy McCormick, also twins; his father-in-law, Eugene Washington, Sr. whom he was very fond of and they enjoyed spending time together; and a host of nieces; nephews; and other relatives and friends.

A celebration of Paul’s life will be held on Wednesday April 8, 2020 at Colonial, 86 Circular Avenue, Hamden, at 11am. Viewing in Colonial from 10-11am. Condolences may be expressed at colonialfunerals.com.