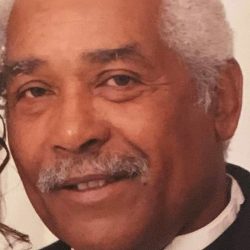 Pedro was born in Santa Isabel and moved La Barriada Borinquen as a child.  He later moved to the El Cellejon Cangrejo neighborhood in the Cantera section of Ponce.  In his youth, he was an amateur wrestler, earning the nickname “La Pantera Negra” (The Black Panther) and “El Gato”.  He lived in Brooklyn, NY, for several years.  Throughout his life he held several positions as an armed security guard.  His longest post was at the well-known Hotel Melia in Ponce, P.R.  Pedro moved to Waterbury in 1984.

Pedro was a great husband, father, uncle, grandfather and brother.  He was a kind, loving man who worked hard to provide for his family.  He was a phenomenal cook, avid reader, and self-taught mechanic.  He was a jack of all trades, and there was nothing that he could not fix.

Pedro never met a stranger.  He was always up for good conversation and never hesitated to let you know what he thought.   He was an activist and community organizer, working tirelessly to promote equity through equal representation. He served as a liaison between political candidates and the community.  He could often be found knocking on doors and promoting voter registration.

Pedro was the personification of “we rise by lifting others”.  During his time as Supervisor of Special Assignments for the City of Waterbury, he met and uplifted countless individuals.  He was often able to recognize the potential in others.  Through his guidance and encouragement numerous people achieved goals they had never imagined were a possibility.  Among his accomplishments, Mr. Jorge Rodriguez was an Army Veteran, a Notary Public, and served as a Commissioner of Culture for the City of Waterbury.  The way that Pedro lived his life illustrated the beautiful balance between being humble and unapologetically proud of who you are and what you bring to the table.