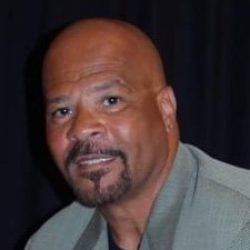 A Memorial Service will be held on February 13, 2020 at 6:30pm at Cornerstone Christian Center, 349 Wheelers Farm Rd, Milford, CT.

Robert E. Carl Jr. departed this life January 31, 2020 after a brief illness.  He was born November 4, 1945 in New Haven, CT to Robert E. Carl Sr and Henrietta Lewis Carl.  He was predeceased by his brother Johnny. He is survived by his children with former wife Judith English:  David (Aisha), Jonathan, Jessica and Elissa, 4 grandchildren, Eric, Jose David, William and Elizabeth. He is also survived by brothers Watson (Judy), James and Anthony, sisters Agnes (Joseph), Carolyn (Sheldon) and Martha and a host of relatives and friends.
Robert was a lifelong resident of New Haven.  He graduated from Hillhouse High and received his Bachelors and Masters degrees from UCONN. He was a veteran of the U.S. Air Force. The first half of his career was as Administrator of the Albie Booth and Pop Lovell Boys Clubs. He later joined the U.S. Postal Service where he retired as Supervisor in 2007.
Robert gave his life to Christ in 1972 and spent his life in service to the Lord.  He was a Deacon, Trustee, Sunday School teacher and Church Bus Driver, worshiping at Ebenezer Chapel for 21 years.  In this capacity as well as at the Boys Clubs, he touched the lives of many young people across the city. He was a member of Church on the Rock where he continued to work tirelessly for the Lord. For the last 5 years he was a member of Cornerstone Christian Center.  He studied and graduated from Cornerstone’s School of Ministry. He loved the Word of God as evidenced by his many Bibles, study guides, note cards, and concordances. He was appointed a Deacon and was a leader of the Mobile Food Pantry serving New Haven and surrounding areas.
Robert was an outstanding fisherman, keeping family and friends supplied with fresh, cleaned porgies and bluefish. He loved the game of horseshoes and competed in tournaments around the country,  winning numerous meets and making wonderful friends. Robert had many hobbies and enjoyed attending jazz concerts with Cousin Mitzi. He was a sports enthusiast who followed the NCAA and NFL always rooting for his UCONN teams and the NY Giants.
He loved his 4 children dearly,  faithfully supporting them and attending their events. He was devoted to his grandson Eric and it was his wish to see him play high school basketball this fall.  Always ready with a joke and a big, dimpled smile, he maintained his sense of humor, thoughtfulness and concern for others until he went home to be with his Lord.  He will be missed by so many.

A Memorial Service will be held on February 13, 2020 at 6:30pm at Cornerstone Christian Center, 349 Wheelers Farm Rd, Milford, CT. Condolences may be expressed at colonialfunerals.com