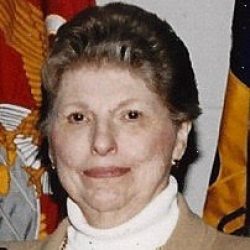 Shirley Jean Gauch Mercier, aged a few days short of 87, of Orange, Connecticut, entered eternal life on November 14, 2017. Born in Peoria, Illinois, November 18, 1930, she was the daughter of the late Wilbert and Ethel (Ewers) Gauch, loving wife of Edmond C. Mercier of Orange for more than 59 years, mother of Charles E. Mercier (spouse Wendy) of Milford, Connecticut and Paul G. L. Mercier (spouse Paula) of Los Angeles, California, and grandmother of Paul’s children Sofia, Cole, and Francesca. She graduated with a BA in political science from Washington University in St. Louis in 1952. Before and after raising her sons, Shirley worked for more than 30 years with the Central Intelligence Agency in Frankfurt, Germany, other parts of Europe, and in Washington. In the latter years of her career she specialized in the former Soviet Union and Eastern Europe as analyst and counterintelligence reports officer, receiving the Career Commendation Medal from the Agency on her retirement in 2002. A Mass of Christian Burial will be held on Monday November 20 at Holy Infant Church, 450 Racebrook Rd., Orange at 11 o’clock, preceded by an hour of prayer and visitation in the church. Interment will follow in the State Veterans Cemetery in Middletown, Connecticut. Condolences may be expressed at colonialfunerals.com. In place of flowers, donations in her name to your favorite charity would be appreciated.